En, who is Izumisano branch manager of Reai Value Co., Ltd., which plans and operates “Sano San Chi PROJECT”. I’m one of the fans in the Quanzhou area. En, who is fluent in Japanese and English, as well as Chinese, is also a [foodie] traveling to various places in Japan.

Don’t miss his carefully selected fish! ← This will be introduced later.

▼The photo shows En who guides the “Sanosan Family” to people who are considering staying in a special ward.

※Reprinted an article in Hometown Choice.

I originally lived in Osaka as a Chinese student, but I was fascinated by the rich natural environment of the Izumisano and Quanzhou areas and moved to this area.
Chinese friends and overseas acquaintances are often looking forward to shopping in Japan, but they are often asked to visit areas rich in nature.
Against this background, I initially wanted to do my own travel and lodging business, but I met President Horiguchi when I was in trouble as foreigners faced various barriers in doing business in Japan.

While the vacant house rate has been on the rise, I was sympathized with the Sanano-san project, which promotes the use of vacant houses, and was involved as a local manager. I think that the Sanosan Family Project will help revitalize the region and enhance the appeal of the town.

Foreign tourists are looking for accommodation that is close to the lives of Japanese people. As one of the new solutions for the vacant house problem, the method of “use as a private accommodation facility” has come to be adopted. If you own a vacant house in an area close to a tourist spot or in an area where there are few hotels, if you need it because you will not make a long-term renter, while generating income at or above that of a rental property Can be used or sold on your own, so it is recommended for those who want to actively use unoccupied houses or who have not yet decided how to use it.

I would like to create a regional revitalization of “Customers”, “Stores” and “Regions” that can rediscover the appeal of “Shops” and “Towns”. I would like to do my best to become an area where I can feel the local charm to foreign tourists. 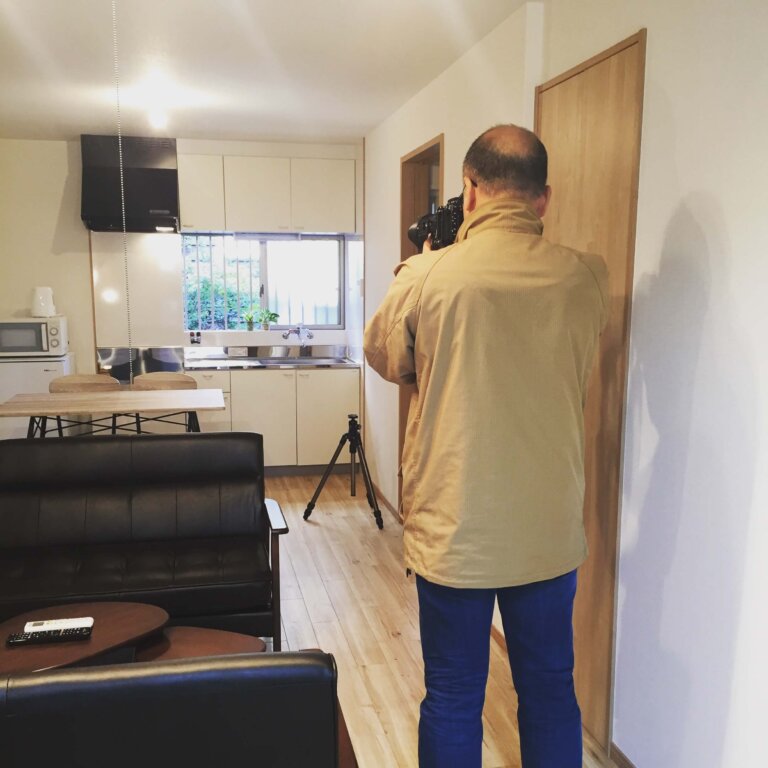 On March 11, 2011, I (Reivalue representative Hiroki Horiguchi / left photo) experienced the Great East Japan Earthquake as a TEPCO employee. For a limited life, I thought I would regret not doing what I wanted to do, and after Rakuten, I started an independent business in January this year. No matter whether I have a relationship with Izumisano. However, there is Kansai International Airport, and there is potential as a region, With the increasing number of foreign tourists, we want to develop the guest house project rooted in the area. I brought only that feeling, every week I made a round trip between Haneda and Kansai Airport, and Sometimes it makes me physically and mentally exhausted, but I got support from local residents and the government to keep me moving forward.

“Sano-san House”, which is created by renovating a vacant house, is not just a guesthouse. This is a region x guest house business that conveys the charm of the region through stays of 3 days or more and activities (experiences) that make use of the charm of the region. The name “Sano san chi” was named after Sano in Izumisano, The Japanese word “○○san-chi” is often used by foreigners, so it can give people a very friendly feeling.. Through this project, we hope that in the future we will be able to repay these Izumisano residents who helped us.